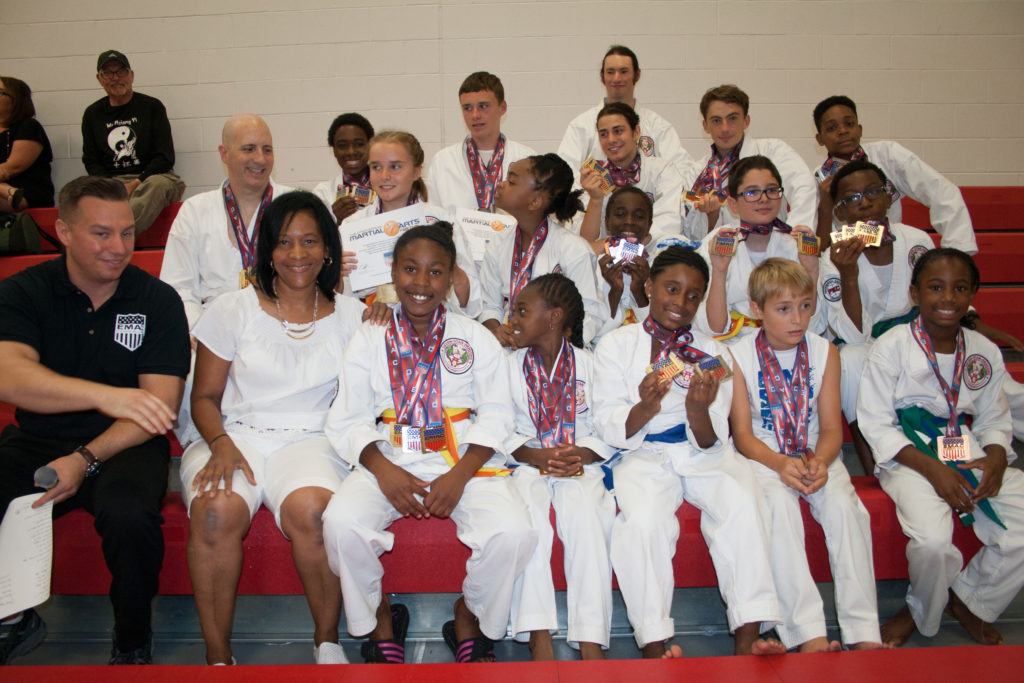 The Seven Star Dragons Competition Team won thirty first place awards, including two Grand Champion wins, and and awards for Most Supportive & Most Winning School! Eighteen members of the competition team attended the 2017 EMAC Ohio State Championship on Saturday, June 25. Congratulations to everyone!

“Thank you to all of our supporters that cheered for us in Cincinnati at the PKC, Region 7, EMAC Ohio State Championship! We represented our Dojo, Cincinnati, Cincinnati Recreation, Cincinnati Public Schools, families, and supporters by putting on an awesome performance! I am so proud to be your Sensei!” – Master Davis